Jiu Feng got a brand new weapon pack for you, but this time, he’s throwing in something a bit special. Not only does he have 10 gorgeous weapon colors, 3 new weapons and 1 akimbo weapon. He also has something extra attached to one of those weapons, and a new way to outmatch your opponents. Read more below about all the goodies in this new DLC.

In his latest pack, Jiu Feng brings you an electrical stun grenade available both as the throwable “X1-ZAPper” variant and the “X1-a Tactical ZAPper” grenade launcher ammo variants. This brings a brand new way to play the game and to customize your loadout. It’s a great addition to any of the other hardware he has on offer.

The Káng Arms X1 Sniper Rifle, for long distances where reach and power is priority. Go big with a long barrel and an extended mag and be the king on the street. Alternatively, go with iron sights and sort the barrel and hunt down your enemies.
The Miyaka 10 Special Submachine Gun for close quarters where speed and maneuverability is paramount. Choose between long, short or the default barrel. Standard or wooden grip. Add a Speedmag to always make sure you have all the bullets you need at the ready. Why not go Akimbo and you will be unstoppable.
The Ketchnov Byk-1 Assault Rifle for a nice all arounder with an ace up its sleeve. With a suppressed barrel and a Speedmag this rifle can serve many roles.

Oh! Let’s not forget to mention the Underslung Grenade Launcher. That’s right The Ketchnov brings back the ability to bring some extra boom to your loadout. The Ketchnovs grenade launcher will by default fire X1-a Tactical ZAPper grenades but you can switch that out for standard frag if you so choose. 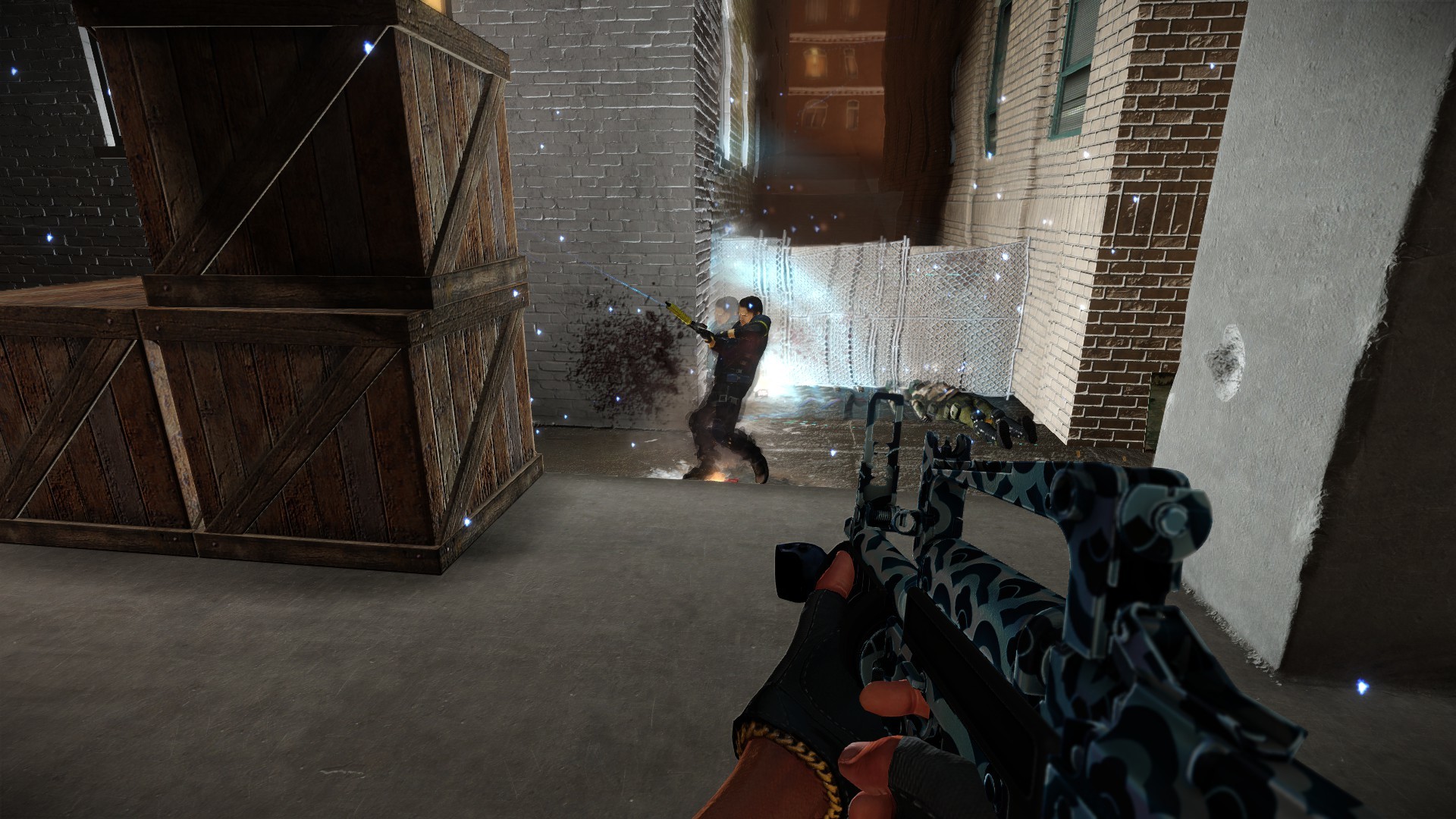 You want to try out the grenade first?
You can unlock the throwable X1-ZAPper Grenade by either purchasing the Jiu Feng Smuggler Pack 2 DLC or completing the “Buzzbomb” Achievement. If you own the DLC you can still complete the achievement.

Jiu Feng may bring some kickass hardware and with some awesome weapon colors you can customize your arsenal to suit your moods and whims. The weapon colors combine Asian designs and techniques with gold, greens, and blues for a set of very unique weapon colors.

In efforts to make the game more accessible to new players we’ve looked at the lower difficulties of the game. To make the game less punishing in the first couple of hours while you learn the ropes we lower the damage of some enemies while playing on the “Normal” difficulty level.

You can never have too many guns, only too little ammo.
OVERKILL_Tobias
OVERKILL – a Starbreeze Studio.