Well howdy there you masked crooks, and a non-specific time-related greeting to you all.

As posted recently, there was an announcement for some charity streams by some members of the community. Namely, Team 7200, TMG Ken and RagePandaPajamas as a third streamer too!

Information for the streams is as follows;

Raising money for Golisano Children’s Hospital in New York by taking part in Extra Life, streaming for 24 hours (from 10am on Saturday 7th). We’ll be playing a lot of PAYDAY 2 + some other mostly co-op stuff through the day, with stuff to give away throughout, including the PAYDAYCON masks, E3 masks and so on! Check it out on the Team 7200 channel[www.twitch.tv] on the 7th! Thats RIGHT NOW GUYS! If you want, you can click the banner above too, it’ll take you there!

If you want to read more about it, check their Steam thread right here!

Get it on right here[www.twitch.tv]! For more information on Steam, click that banner with ‘FOR THE KIDS’ on it! It goes to the relevant Discussions thread!

Now for our new arrival to the charity streaming: 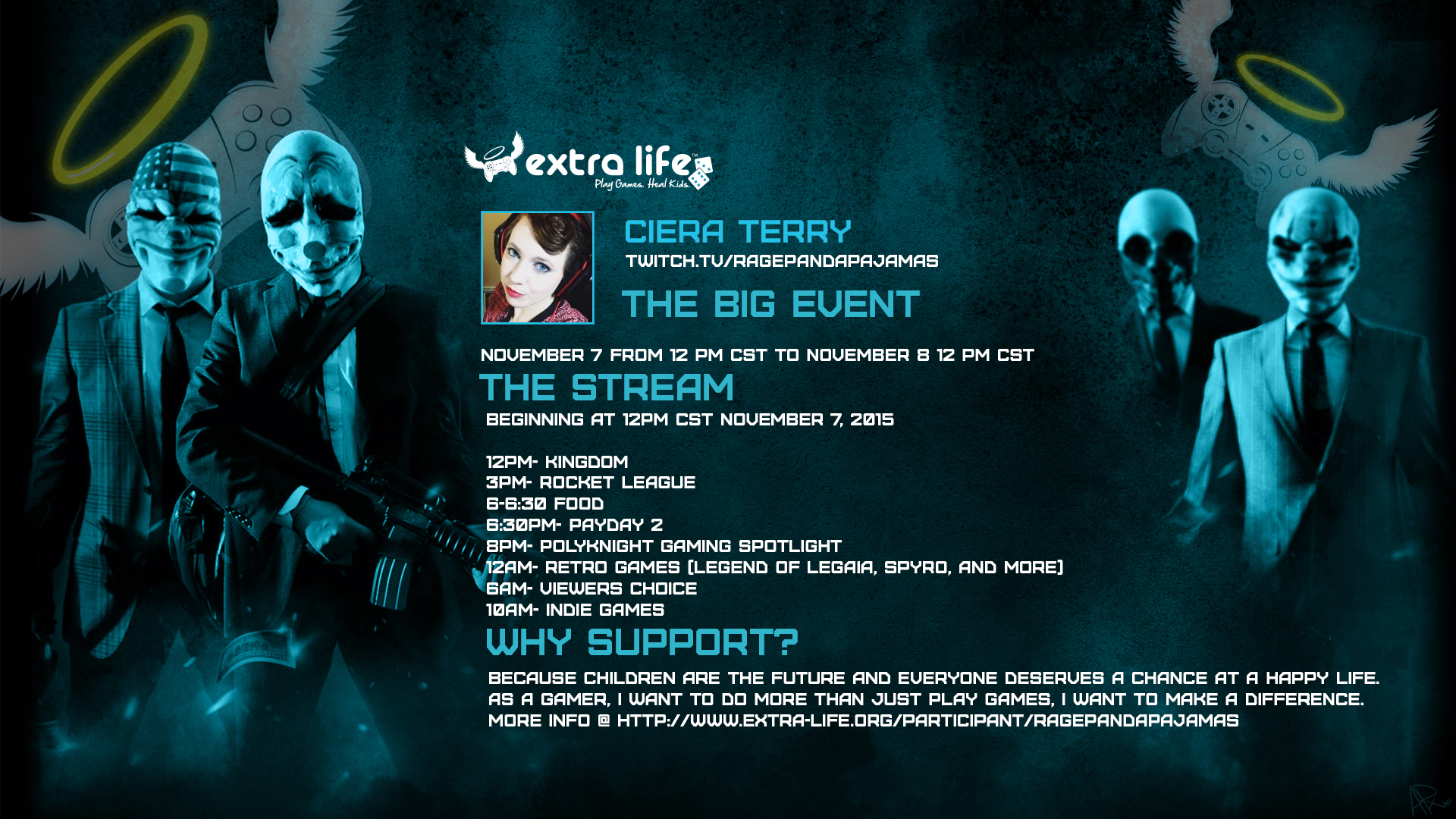 Rage Panda Pajamas, the third member of this streaming event!

She will be playing other games too, and that’s cool!

Even if you can’t afford to donate, just giving the streamers some kind words of encouragement or something would be really nice, you know?