We bring another update today with some fixes and two new masks for the secret hunters out there. For anyone whoattempts to solve the secret puzzle after this update,will be rewarded with two awesome masks to hide your identity while you commit crimes around Washington.

Have you seen the ending video yet? If you haven’t, be warned!
There is a small spoiler in the text below and the linked forum thread.

We are asking the community if you want to update the in-game model (and background video) of Vernon Locke to the likeness of Ian Russell the actor from the "Somewhere in Mexico" film.
Please check here: https://steamcommunity.com/app/218620/discussions/8/1744478429677292965/
You can find the poll and read more about the vote. 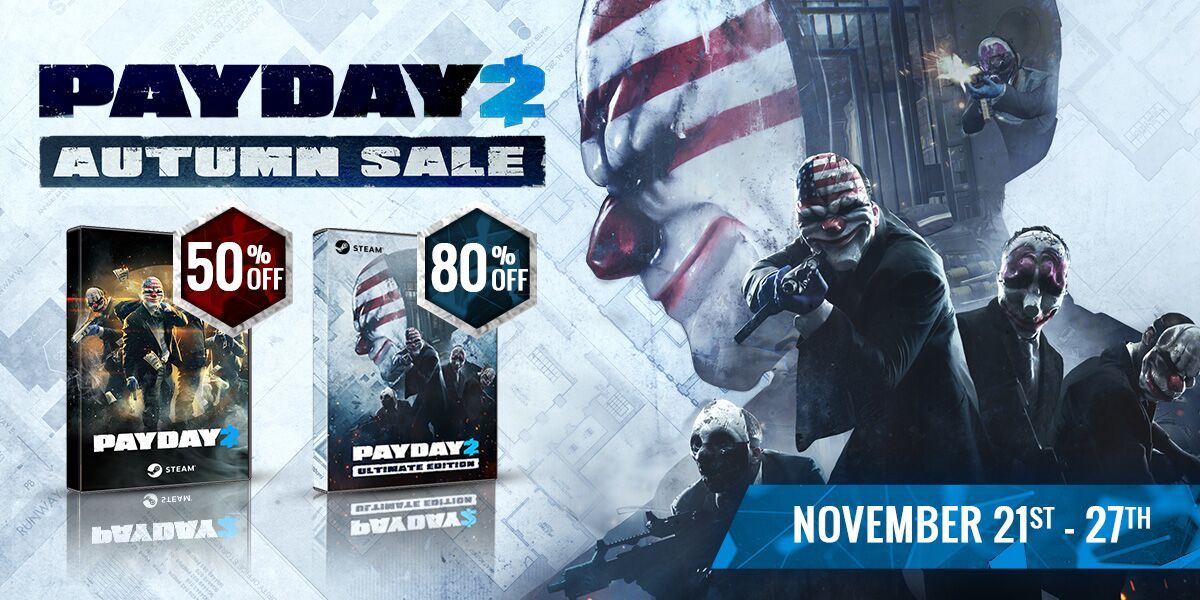 The Steam Autum Sale is in full swing and PAYDAY 2: Ultimate Edition, is on a 85% discount, and PAYDAY 2 Base Game has a 50% discount!