The Greatest Heist of All 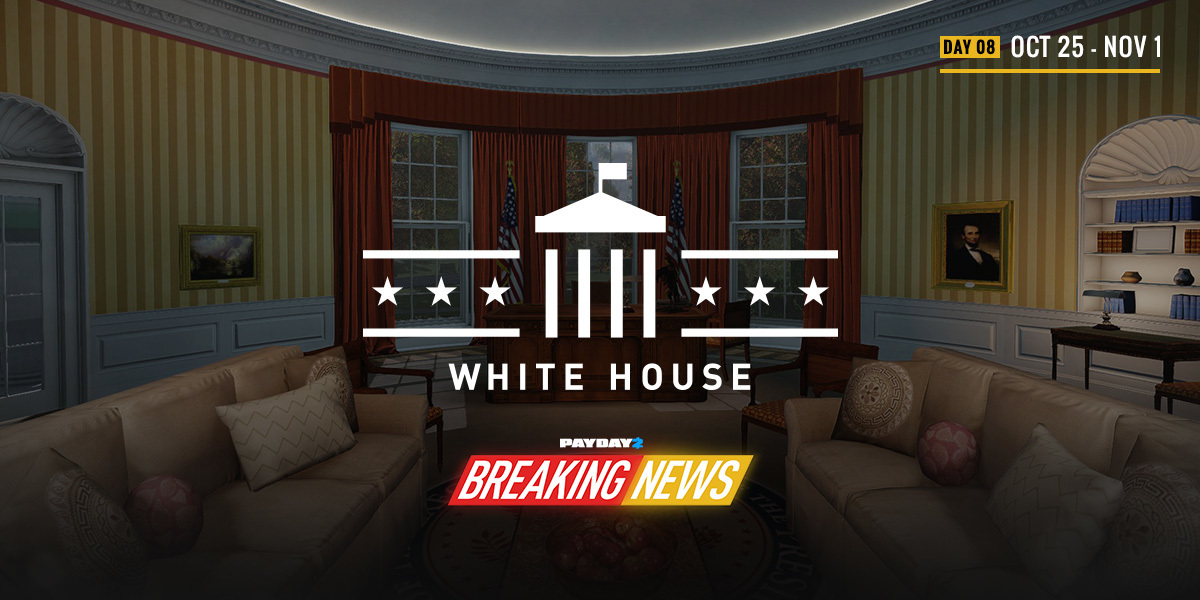 There’s a heavy military presence on the lawn of the White House and Press Secretary Salters has told the public not to worry. America is about to go to hell if Rachel doesn’t let the public know the ramifications of recent events. With the president missing, there is no telling what the future might hold.

Locke has somehow managed to get us onto the lawn of the White House like Bain planned. There is not much time for seeing the sights, however. Bain was very specific in that we need to do this now, and there is not a moment to lose.

With the third heist of Crimefest, we of course have a new track in the game. Le Castle Vania brings you another pumping composition to play while heisting in the very heart of America.

“Operation Black Light” was inspired by the mood and energy of one of my favorite songs that I wrote for the John Wick movies, “LED Spirals”. My goal was to make the track unique enough to stand on its own while still giving a nod to one of my earlier works that seems to really resonate with action genre fans!
-Le Castle Vania

As the Breaking News event draws to a close, we update the storyline with all the heists we’ve released during the event, and Shackelthorne is finaly added as well.

We’ve added a handful of new achievements that we felt were fun ideas with the hope that you would revisit some of the old heists that we have released over the years, because it’s always fun with some new challenges. 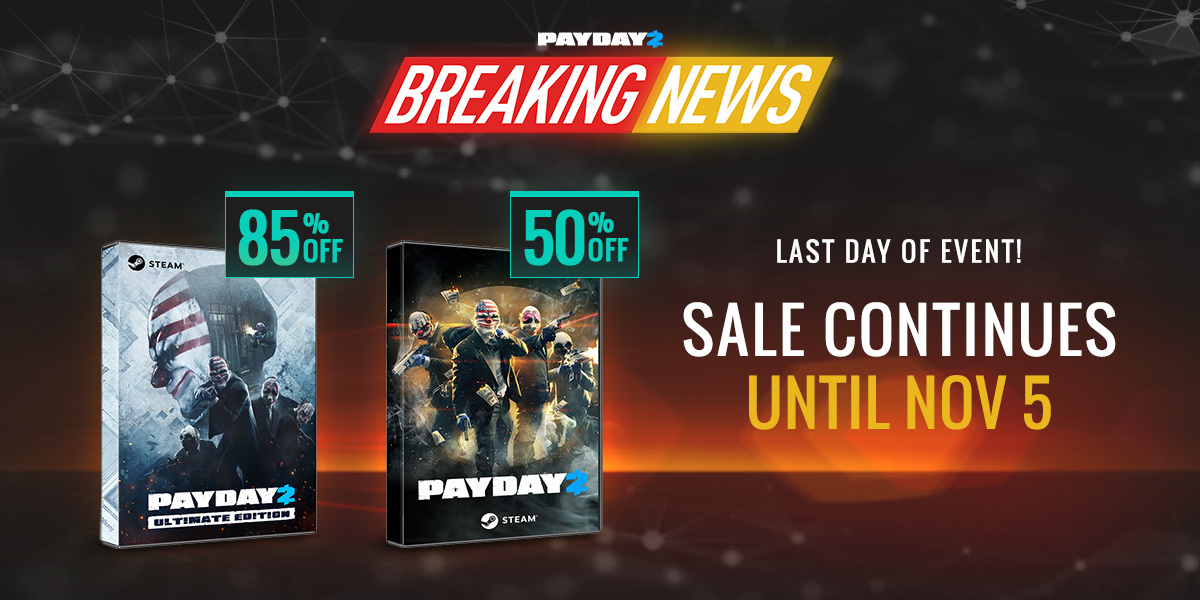 The event draws to a close and but the Crimefest Sale continues on. PAYDAY 2: Ultimate Edition, has a 85% discount, and PAYDAY 2 Base Game has a 50% discount!

I didn’t vote for the guy
OVERKILL_Tobias
OVERKILL – a Starbreeze Studio.

A fix for this issue is coming momentarily.