The City of Gold campaign continues as we bring you two new DLCs. The first one is a brand new heist playable in both stealth and loud. In order to heist in style we also offer a Tailor Pack with some cool new streetwear in several versions for everyone in the gang to have a different look while looking like the tightest crew ever.

Someone is waiting for your aid. Get in there and follow the screams from the container in the back. Get your friend back from the clutches of the triads and get him out of there.

We bring you a brand new heist in the San Francisco Dockyards. Sneak past dockyard guards and triad thugs patrolling among the containers, or perhaps you prefer to go in loud and let them know you are coming.

Visit the The Ukrainian Prisoner Steam store[ovk.af] to continue the City of Gold campaign. 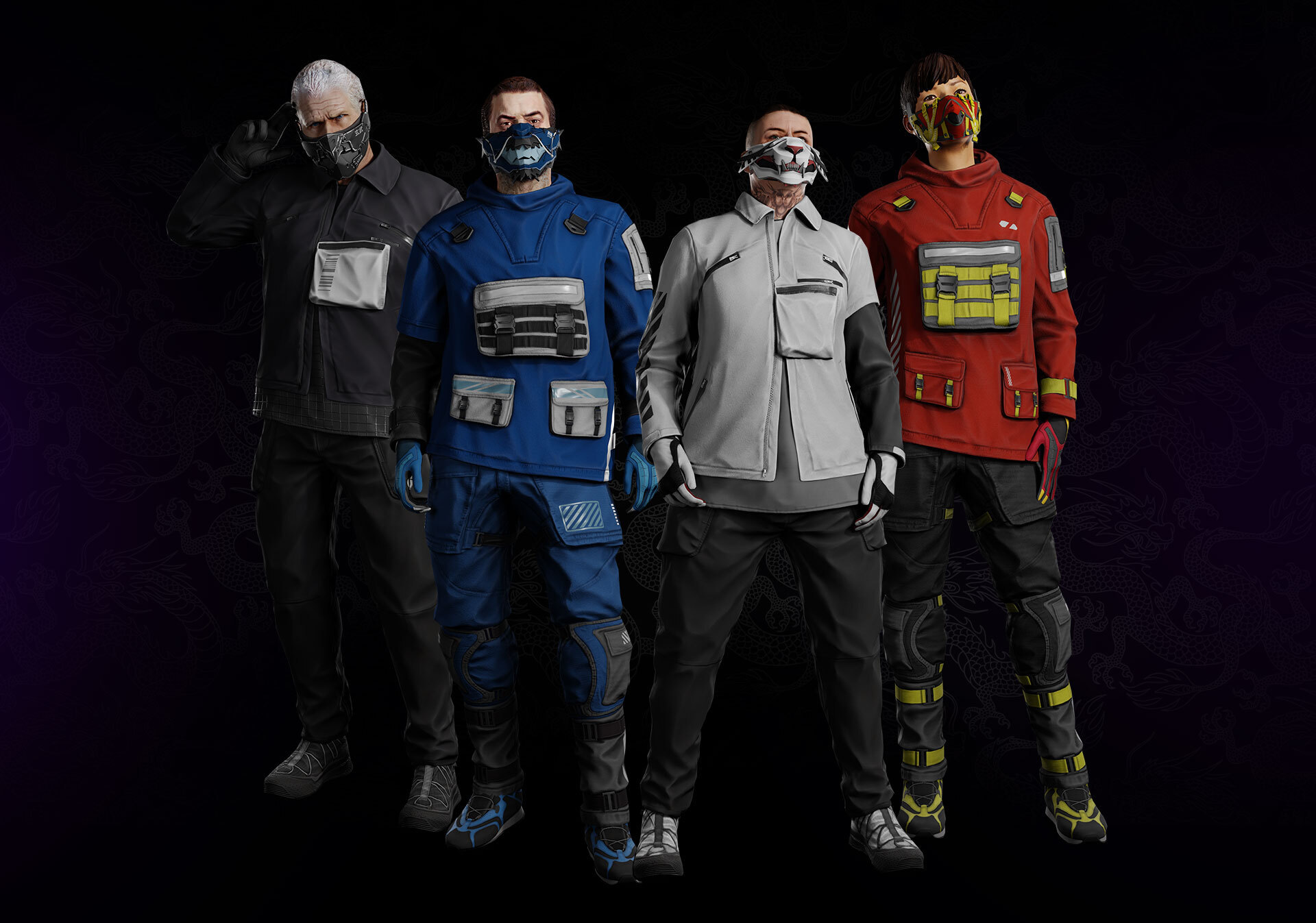 Visit the Guardians Tailor Pack Steam store[ovk.af] and grab all these kickass outfits.

Visit the The Update Website[ovk.af] to see more previews for the DLCs and all its content, including the free new variant for the Dragon Bomber outfit.

We continue our efforts to work on changing up the current meta of the game to keep the game fresh and exciting for all of you. Our ambition is to do small but frequent updates that help minimize the gaps between different weapon and/or perk decks; so that even if you have 20h or 2000h in the game there is something interesting for you to try out.

Firstly, we lowered the unlock of the Rattlesnake Sniper Rifle to level 0 to make it available for new players and the ones fresh out of infamy. We improved the Gewehr 3’s Assault Kit to be able to pick up more ammo and addressed a bug where the Buckshot 000 ammo type for shotguns negated the damage falloff. The Chimano Compact pistols have been tweaked to set them more apart from other Chimano pistols. The last weapon adjustment in this update is the Patchett L2A1. It’s been reverted back to a high damage tier SMGs.

Finally, we buffed the Muscle Perk Deck to give anyone with the full perk deck more health and make the deck more viable on Death Wish.

Check out the changelog linked at the bottom for more details about the meta tweaks in this update. And take to the forums to tell us what you think about the changes so far or join our Discord.[discord.gg]

Changes to UI, Menus and the New Player experience

In an effort to make the game easier to navigate both for new and veteran heisters we’ve worked on the main menu, Crime Net, and the inventory. We wanted to make the game more accessible and offer a better user experience, especially for the heisters new to our criminal world.

Main Menu
The most notable changes will be in the main menu. We increased the font size of some items in the menu items as well as renamed “Crime Net” and “Crime Net offline” into “play online” and “play offline”. The quickplay feature has been moved to the Crime Net side menu while playing online. You will now find the story mode feature to the main menu and it’s been renamed to “career”. We wanted to highlight the feature better for anyone new to the game.

Career Mode
We’ve made some other modifications to the career mode other than the new name. Most notably we removed Shadow Raid from the lineup of heists. The heist is still available on Crime Net and in the contract broker. The level has proven particularly difficult to newer players so we did not want it to block them from enjoying the rest of the career mode. However, if you have problems with a heist in the career mode there is now an option to skip the heist after failing it once.

Tutorials
We moved the stealth tutorial further down the career mode to let new players get more used to the game before they are offered to try stealth. This also means that we moved a few lessons from the stealth tutorial to the loud tutorial. As well as tweaking the pop-up to have a lot less reminders if you decide not to play them.

Lastly, we’ve removed the old safe house from the game. It was not a very good tutorial and did not fill its purpose as an introduction to the game. This meant that we needed to adjust the rewards for the tutorials.

Weapons and Inventory
As mentioned above we lowered the unlock level for the Rattlesnake Sniper Rifle from level 15 to level 0 so you have a sniper rifle option early in the game if you want it. We have worked on the weapon and mask inventory icons, so the items are clearer to see and if they are locked behind progressions or DLC. Any items locked by DLC will now have a yellow icon instead of the old red icon.

Gear up everyone, it’s a rescue Op!
OVERKILL_Tobias
OVERKILL – a Starbreeze Studio.