Jiu Feng brings us an interesting offer in the latest shipment of black market firearms and weapon paraphernalia. He starts the offer with three different firearms that will bring the boom you need in your loadout and an Akimbo variant for all the ambidextrous heisters out there. With a reputation of bringing something interesting to the table, Jiu Feng will not disappoint you here. Take a look at the Pistols, they pack a bigger punch than may be apparent at the first glance. However, that is not the only ace up his sleeve this time. A brand new cosmetic will both be part of the DLC and also a few available for free.

First up is the “KS12 Urban Rifle”, a compact Assault Rifle with a lot of power. And if you need it to punch even harder a simple DMR kit can convert the rifle to a single-fire heavy hitter. On top of the aforementioned DMR kit, this rifle also has a custom muzzle breaker, the ability to choose between the Picatinny rails on top of the gun or on the carry handle for scope placement, and also one of the largest silencers in the game.

Second is the “RUS-12 Angry Tiger Revolver”, a large powerhouse and a true hand cannon in every sense of the word. Easily tearing holes in any oppressor, no matter how heavy their jacket is. The only thing better than a big iron on your hip is a big iron with armor-penetrating bullets. Apart from the mods available to all weapons, this weapon also has an option for a custom wooden grip, and a short barrel, and a custom Stabilizer for the long barrel.

Finally, we have the “Káng Arms Model 54 Pistol”, available both as a single or an akimbo weapon. At first glance, it may look like a normal pair of pistols but a keen eye will notice that under the barrels hangs a small shotgun barrel, a nasty surprise for any opponent that gets within range. On top of the normal shotgun ammo, you can also load these backup barrels with Flechettes or AP Slugs. These pistols can also be equipped with extended magazines and barrel extenders.

Last but not least there is also a new scope in this pack, the Z5 Owl Glass Universal Scope can be equipped just like any other Rifle or SMG scope and give more options when reach is your game.

Jiu Feng brings even more new and exciting things to the table with weapon charms. A completely new cosmetic, have a cute little loot bag, grenade, or a Dallas mask hanging from your weapon as you make your way to the next PAYDAY. 4 awesome weapon charms are available in the pack, and an extra 2 charms are available for free, either to members of the community group or via an achievement. 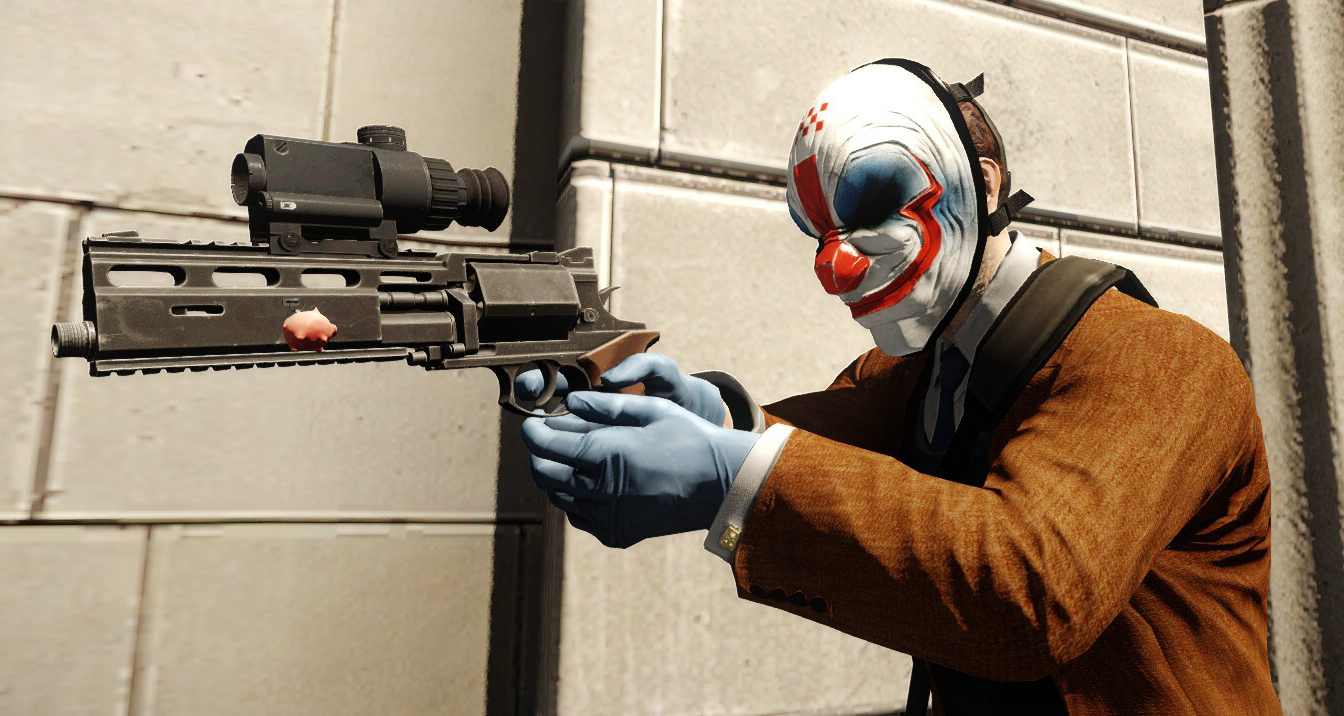 Of course, there are also a nice set of weapon colors included in the pack, Jiu Feng won’t let you go out heisting without a new lick of paint on your arsenal. With 4 very different weapon colors, you can be sure to find one that suits your style.

A gun is not complete without a piggy.
OVERKILL_Tobias
OVERKILL – a Starbreeze Studio.